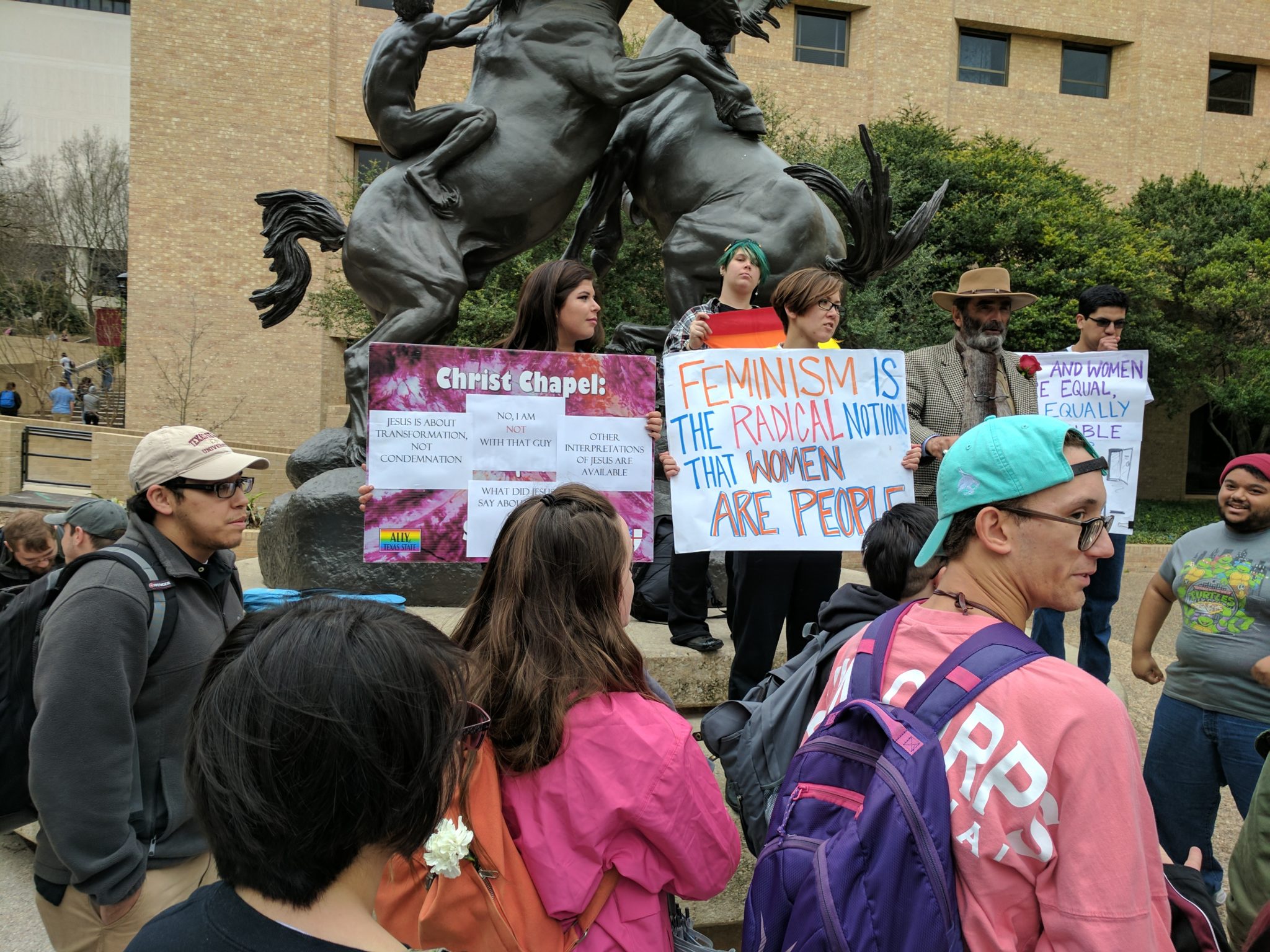 How does your community deal with hateful speech?

Public universities are popular venues for all kinds of speech, including that which most of us would find offensive and which certainly rile up our students.  For example, Texas State is visited each February for a week by Brother Jed Smock with what he calls “confrontational evangelism.”  His confrontations include calling students whores, whoremongers, and other less than helpful names.  He usually parades about with a couple of other like-minded “preachers” who spend hours each day giving the Christian faith a bad name.

Oddly, perversely, this has become one of the most visible means by which word of our ministry gets out.  It’s not because we try to shout him down, or even engage in reasonable debate (quite impossible).  It’s because my students and I stand in silent protest with signs that usually make students laugh.  We’ve a sign with Ernie of Bert and Ernie fame doing a facepalm.  Another reads, “Other Interpretations of Jesus are Available.”  “We love Jesus but we are NOT with this guy!” is on another sign.  Another says, “Be appalled.  Be very appalled.”  The thanks we get from students is genuine and the requests for brochures steady.

I don’t know exactly what we will do if and, more likely, when some group embracing the ideology of those who gathered in Charlottesville earlier this month come to campus. Non-violent counter-protesting is a given, but there’s nothing funny about the message of the alt-right, and finding funny ways to protest not easy.  Still, there are there some possibilities. “I love pandas.  They’re not racists.  They’re black and white and Asian” is a favorite.  Also good: “Laundry is the only thing that should be separated by color.”  And finally, “Y’all are making that ‘love thy neighbor’ thing way to hard.”

Or maybe gentle mockery isn’t effective or appropriate. What have you got? What has worked? What’s been most effective? This is the venue for sharing your ideas.  Let’s give each other a hand so that when the inevitable becomes the reality, we are ready to witness to a different way of being in the world.

Join the conversation on the LuMin Network Facebook page.  #LuMinConversations