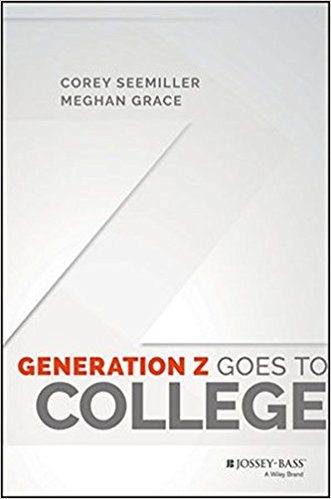 This review is part of a series of book reviews provided by campus pastors throughout the LuMin network! It is part of the ongoing research initiative of Lutheran Campus Ministries. You can learn more about the key literature in the research team’s LITERATURE REVIEW. 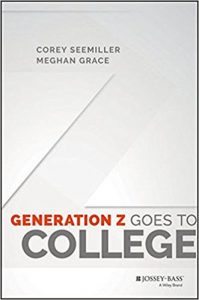 Generation Z refers to those born from 1995 to 2010. They are also known as the digital natives, since practically their entire world has been dictated by the Internet and their seamless access to it. This book does an excellent job of defining this generation and distinguishing them from their Millennial predecessors. While both groups are connected through their pronounced understanding of all things digital, there are differences between the two that are important to how the world relates to them and them to it. Seemlier and Grace utilize research from a variety of surveys, including the Pew Foundation, and they also conducted their own study. It seems as if we just got comfortable in learning how to relate to the Millennial “everybody gets a trophy” generation and now we have to switch gears slightly to understand this next group! Generation Z describes themselves as loyal, compassionate, and driven. Unlike the “me” generation before them, Gen Z is generally concerned with issues that affect everyone, rather than just a small social sphere. This compassion is shown in their understanding of the diverse world in which they have grown up and how important it is to embrace this diversity rather than fight against it. Their drive may translate in the work place to be more entrepreneurial and develop jobs for themselves rather than waiting for someone else to create it or see the need.

This book includes a chapter on how institutions of higher education can adapt to meet the needs of these students while also preparing them for their inevitable futures in a world full of the wider variety of previous generations. Having witnessed first-hand the Great Recession in the late 00’s and its devastating impact on the economy, this generation is adamant that the debt they incur for a college degree be as minimal as possible and their studies zeroed in on their professional goals. With the increased demand for online learning, this group will be less prone to attend traditional brick and mortar schools and live on campus. How we engage and attract these students to our campus ministry programs will become more challenging, as we will have to go to them rather than them to us. This book has some interesting statistics on how this generation feels about religion and spirituality. It turns out that this group is hungry for the good word of Christianity and the more liberal viewpoints that we in LuMin espouse in regards to issues of diversity. Our continued focus on fighting social injustice and building service to the community into our curricula are just what this group will gravitate towards. While focused on a digital delivery of all things, this upcoming generation values face-to-face connections when working towards righting wrongs in this world and building more interpersonal relationships within a smaller group.